I wrote this article for the UBC Branchlines Alumni Newsletter, December 2006 issue, and it is published here with permission. It tells the story of one of the individuals who played a pivotal role in establishing the former Aleza Lake Experiment Station and is a great example of how this research facility was a launching point for many distinguished careers in the “early days” of BC forestry. Find out more about ALRF history here.

If you have memories of the Aleza Lake Experiment Station, or you know some one who does, please share them with us by posting a comment on this article!!

In 1924, Percy Barr had a mission. That mission was to establish the first experimental station in British Columbia on behalf of the fledgling BC Forest Branch (now BC Forest Service) and to locate it in the spruce-balsam forest type of the Central Interior. The purpose was to demonstrate sustained yield forestry, and the task was given to this colourful and talented 27 year old WW1 veteran and recent UBC graduate, Percy Barr (UBC BASc Forest Engineering, ’24), who tackled the job with ambition. As he wrote in a 1926 report:

The object of forest research in the Northern Interior of the Province is to secure information which will enable us to manage the forest of that region so that their productivity will be maintained or increased after logging, that valuable young growth may be established and brought to maturity at the least expense, and that waste in the forest through the agencies of fire, insects, decay, and improper utilization may be reduced to a minimum.

With recommendations made by local foresters, Barr chose the site: 2,590 hectares near the community of Aleza Lake, 60 km east of Prince George and bordering the Grand Trunk railway. No time was wasted in getting things done at the Aleza Lake Experiment Station; between 1925 and 1930, he and his staff conducted a preliminary forest inventory, established an annual cut (4530 to 5890 m3), built a camp, trails and a road, and initiated or participated in six research projects. He also conducted the first partial cuts at the experiment station and established, what are recognized now as, the oldest continuously measured growth and yield plots in British Columbia. Incidentally, he also attained his Master’s and PhD degrees from Yale University during this time, using data from Aleza Lake experimental plots for his dissertation.

With the onset of the Great Depression, and consequently little funding to continue with development of the Aleza Lake Experiment Station, it is not surprising that someone as energetic as Percy Barr would seek new challenges. Starting in fall 1932, he accepted a position as faculty member at the Division of Forestry at University of California at Berkeley where he would spend the rest of his career.

Barr applied his BC experience in research land bases by founding and managing the University of California (U of C) Blodgett Forest Research Experiment Station for over 20 years. Barr was a strong advocate for forests devoted to research as he wrote in a 1946 Journal of Forestry publication on Blodgett Forest:

The investigator who knows his forest well has a distinct advantage over even the experienced forester who undertakes research in a woodland to which he is a stranger.

At Blodgett, Barr immediately got to work building the forest inventory, surveying to produce topographic maps, and by 1940, had established 60 permanent sample plots to monitor second growth restocking, and vegetation and overstory competition and treatments. Barr then served in WW2 from 1941 to 1944, resulting in numerous awards and honours. After his return, in 1945, UBC awarded him with a Doctor of Science (DSc) degree.

Percy Barr’s ambition was well recognized by U of C, where he was assigned Chairman to several university committees, as well as Special Assistant to the President. Despite the physical challenges of Parkinson’s Disease in the 1950’s, preventing further administrative service to the university, Barr’s tireless work ethic continued to have an impact on forestry; in 1953 he delivered the first course on industrial forestry in the US. An inspiration to all around him, Percy was still putting in full days at the office when he passed away at home in 1960.

Well over 40 years after his passing, Barr’s legacy endures today in Canada and the US through forestry alumni (graduates from Berkeley are still very familiar with Percy Barr), and through the Aleza Lake Research Forest and Blodgett Research Forest.

University of California, In Memorium 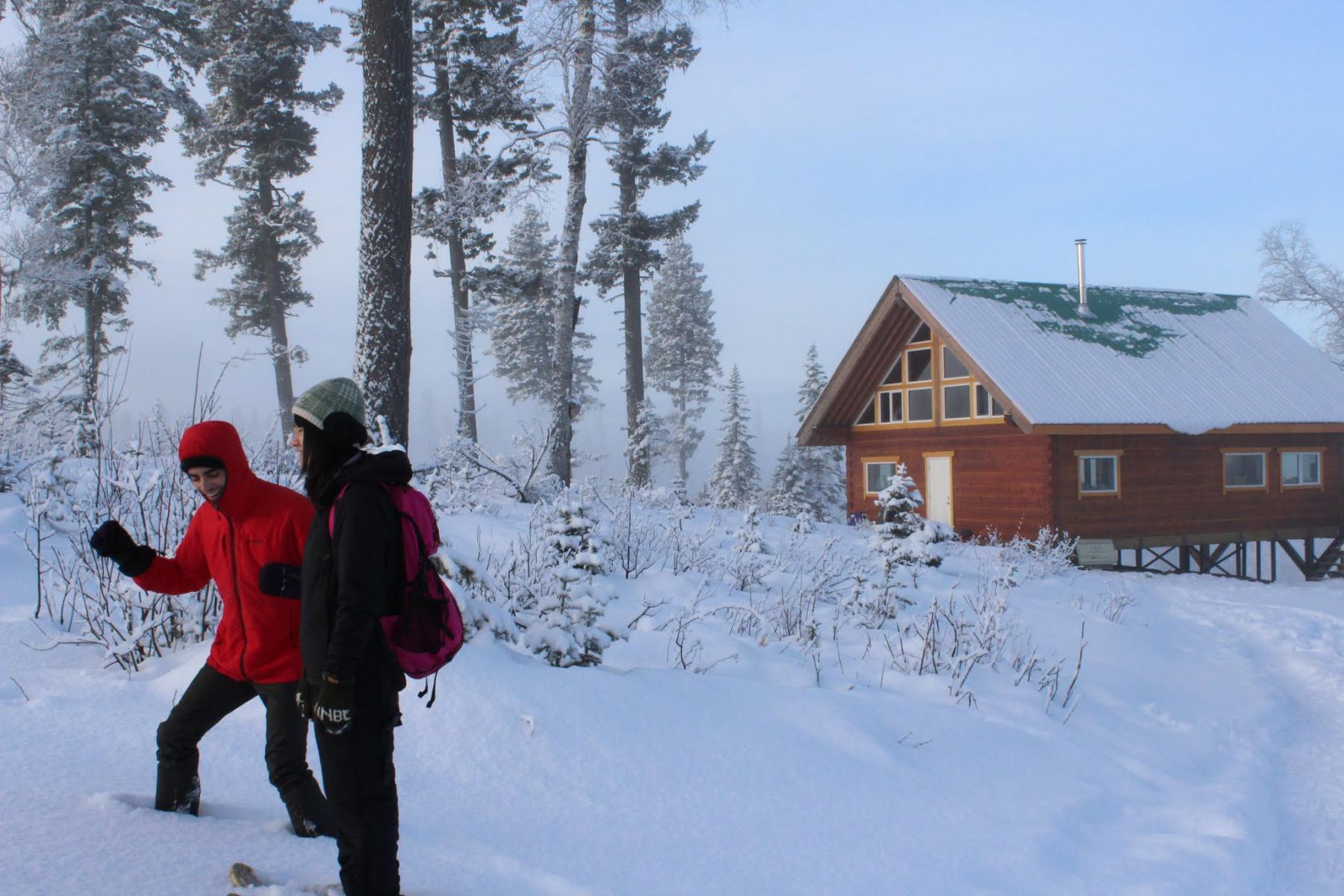 Come visit us at the Aleza Field Education Centre.